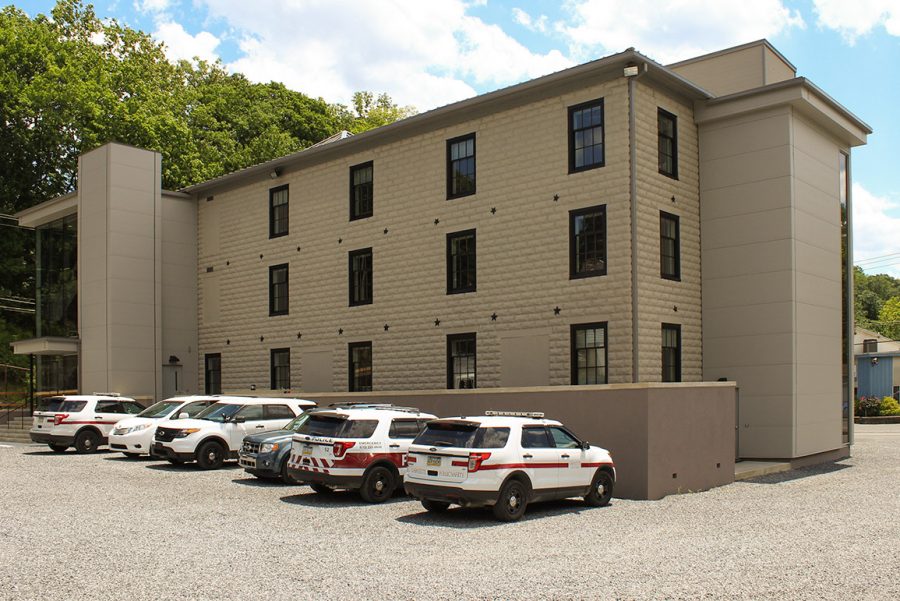 The Public Safety building on Bushkill Drive is also the headquarters for Lafayette Facilities and Operations. (Photo by Brandon Marin '22)

After a search that extended across the state, the college has hired Scott Kennedy this semester as Lafayette’s new Director of Facilities Operations. Vice President of Finance Roger Demareski said that Kennedy was a “great hire.”

Kennedy, a Lehigh Valley local, wrote in an email that managing a college campus has been a goal of his for “several years.”

“I was aware of the prestigious reputation Lafayette College has [as] a nationally ranked Liberal Arts College,” he wrote. “I knew [Executive Director of Facilities Operations Bruce Ferretti] and looked forward to the opportunity to work with him.”

Before joining the Lafayette staff, Kennedy worked as a Director of Facilities at public schools, most recently at North Penn and Central Bucks School District.

“I had similar responsibilities in those positions,” he wrote. “Long range capital planning, construction of new educational facilities, sustainability, and the day to day operations of the buildings and grounds.”

In hiring the new director of facilities operations, Demareski said the college looks for a “certain set of experience and tactical skills.” Later in the process, the college narrows down to three finalists and see how well they work with stakeholders.

“In the first round, Scott had 30 years of experience in facilities management and had worked at some significant large institutions,” Demareski said.

Though Kennedy is filling Ferretti’s position, Ferretti is staying on in what Demareski described as an “oversight role,” to catch Kennedy “up to speed.”

“Given the amount of infrastructural burden, the ground and hidden and mechanical rooms…that’s a harder thing to just get someone and say ‘get up to speed,’” Demareski said. “It was really the board that recognized having some overlap between [Ferretti] and [Kennedy] would be helpful to transfer that knowledge.”

Demareski said the hire was not due to the student body expansion, but that the college felt it was the “right time” in their plans to make a new hire.

With the completion of the Rockwell Integrated Sciences Center this semester, the college has an extra 100,000 square feet of space to maintain in the coming years. In addition, planned renovations to Kunkel, Gates, and Soles will provide ample work for the new director of facilities. Demareski said that one of the primary reasons for hiring Kennedy this year was to allow him to be involved in the initial planning of these renovations, as well as the ongoing implementation of the college’s Climate Action Plan.

Kennedy wrote that his relationship with Demareski is “wonderful,” and that he’s grateful for the opportunity.

“I’m still in my first month with Lafayette,” Kennedy wrote. “So [Demareski], [Ferretti] and I meet often to discuss the facilities operations and long-range capital plans for Lafayette.”

As for his plans, Kennedy wrote that he is still learning about campus and facilities, but added that his department is “involved with the planning and design of Lafayette’s facilities to support the expansion plan.”

Demareski said that he wanted to make sure he’s using the best use of the college’s funds to get someone who is a “good communicator” and “will support the values and mission of the institution,” as well as maintain the overall quality of the facilities around campus.