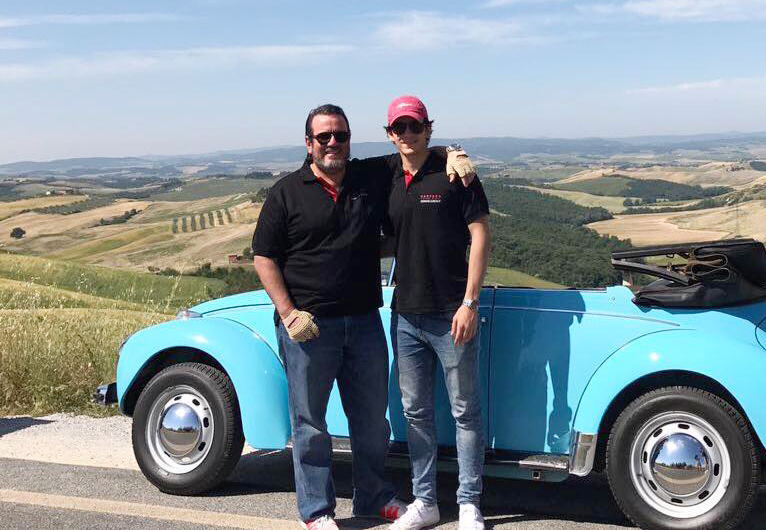 Ivan Baquerizo (right) was known among his friends for being sweet, caring and supportive. (Photo courtesy of Ivan Baquerizo's public Facebook page)

Members of the Lafayette community filled Colton Chapel this Wednesday to share stories of laughter and brotherhood commemorating the life of Ivan Baquerizo ’21, who passed away this weekend.

The gathering was led by President Alison Byerly and Reverend Alex Hendrickson, but the stories and memories shared by members of the community conveyed the magnitude of Ivan’s impact on the lives around him. Although Ivan’s family was not in attendance, the gathering was recorded for the family to watch later, and Hendrickson encouraged members of the community to write down memories of Ivan to be given to the family along with the video.

Ivan grew up in Ecuador, and came to the United States for high school. He enrolled at Lafayette in 2018 and paved the way for his younger brother, Rafael Baquerizo ‘22, who came to Lafayette a year later. Ivan passed away in an accident this past weekend outside of Chicago. He was studying civil engineering.

“We extend our deepest condolences to Rafael and his entire family on this tragic loss,” Byerly wrote in an email to the campus community. “I know that the Lafayette community will do everything possible to support Rafael, Ivan’s friends, and each other during this difficult time.”

During the gathering on Wednesday, Hendrickson led the audience in prayer before encouraging the community to share stories and memories of Ivan.

“All stories are the correct ones,” she said. “Everyone has a place to share.”

Among his friends, Ivan was remembered as being “sweet, caring and supportive.” Students shared stories of competitive games of Fortnite that lasted late into the night, and sitting in the library with Ivan and laughing for hours on end without ever opening a textbook.

“It was the kind of laughter that…made your stomach hurt,” one student said.

The care and support Ivan provided to his friends led to very intimate relationships. Many of the students described Ivan as being “like a brother” to them.

To his brother Rafael, students said that Ivan was very supportive and that the two spent a lot of time together after Rafael’s arrival at Lafayette. They also worked on several projects for the Dyer Center together.

Several of Ivan’s professors shared stories of their relationship with him, painting a picture of Ivan as a sweet and caring student and friend.

“He noticed that I had a lot of stickers…in my office,” one professor said. “He gave me an Ecuador sticker for me to have…I will always cherish that.”

Dean of Students Christopher Hunt also spoke during the gathering. He encouraged students to come together and support each other at all times, especially in times of grief, and listed some of the resources available to the Lafayette community to assist them in their grief. Both Hendrickson and the campus counseling center are available to students for confidential counseling sessions.

First Year Class Dean Brandon Morris joined Hunt in his sadness at the loss of Ivan.

“His passing impacts us all and especially those who he has had an impact on during his time at Lafayette,” Morris wrote in an email. “His compassion for others and fun loving nature made him a person that you want to be around.”

The gathering ended with a prayer led by Reverend Kevin Bobbin, the Catholic campus minister for Lafayette. For students who were unable to attend the gathering Wednesday but still wish to express their condolences to the Baquerizo family, Hendrickson will be collecting notes in her office in Farinon 107 to be delivered to the family.

Correction: This article originally stated Rev. Hendrickson’s office as Pardee 107, but it is actually Farinon 107.