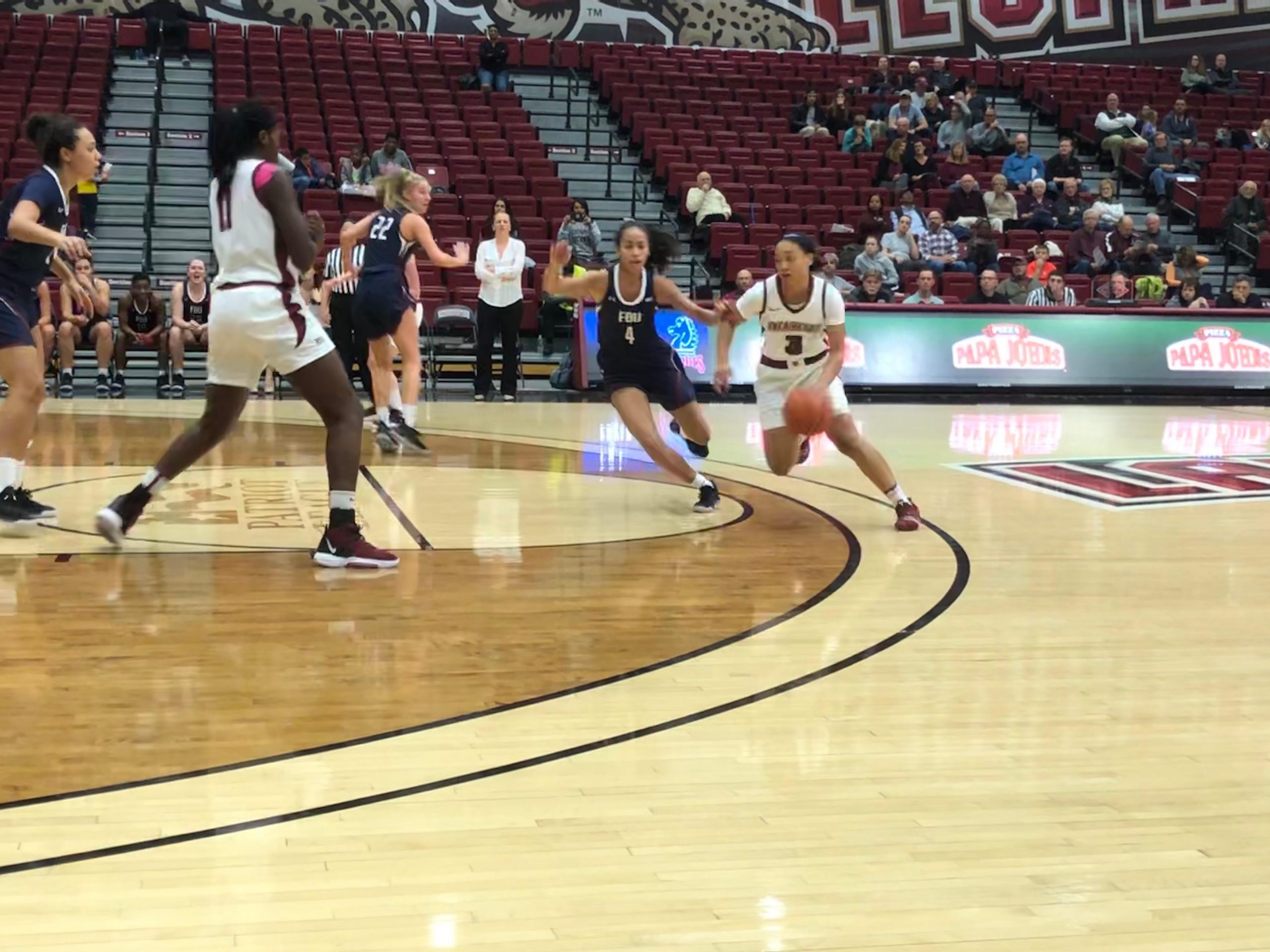 The Leopards outscored Fairleigh Dickinson in every quarter on the way to a 61-29 win in their season opener. (Photo by AJ Traub '20)

The Lafayette women’s basketball team opened their season with a lopsided 61-29 home win against Fairleigh Dickinson University (FDU) on Tuesday.

Sophomore forward Naomi Ganpo paced the Leopards’ offense, recording a career-high 12 points on 6-9 shooting from the field to go with two rebounds, a steal and a block. Junior forward and reigning Patriot League Defensive Player of the Year Natalie Kucowski followed close behind with a double-double, scoring 10 points and grabbing 10 rebounds.

“It meant a lot to have such a strong start to the season,” senior guard Sydney Sabino said. “We have worked so hard these past few months to get to where we are now, and I am so glad that we had such a dominant day to start our season. This win was especially confidence-boosting because every person on our team contributed to this win. It will be really hard to beat us this year because our bench is so deep.”

The game was a one-sided affair from the beginning. In the first half, the Lafayette defense held FDU to 11 points, forcing seven turnovers and blocking four shots, while the Leopards’ offense notched 37 points on over 50 percent shooting from the field and 44 percent from long range.

“Our strong starts speaks to how we’re attacking this season,” junior guard Drew Freeland said. “We all are aware of the goal and what it takes to get there so it’s a matter of making it happen. Our defense is super disciplined and when people are mentally checked into what we need to do, it’s a very tough defense to play against.”

The Leopards held FDU to just 29 points in the game, and limited the Knights to 21 percent shooting from the field and just 13 percent from three-point range.

“Defense has been one of our biggest keys since Coach Kia [Damon-Olson] has been here at Lafayette,” Sabino said. “We are held to a very high standard when it comes to our defensive principles, and I think that our discipline and practice really showed tonight.”

Despite it being the first game of the season, Sabino said that many of the Lafayette players said they felt confident going into the game after training all offseason.

“I was super excited,” Sabino said. “My teammates and I have all spent our summers improving and have brought back a level of competitiveness that shows in practices. [The competitiveness] allows for us to perform in games the way we did [on Tuesday].”

As the season commences, the team and players have gone about setting goals for the coming season. For the players, some goals are about personal improvement or contributing to the team at a higher level.

“Our team’s main goal this year is to score 60+ [points] per game while holding our opponents to around 12 points per quarter, which we are very capable of,” Sabino said. “We hold ourselves to the standard of coming to play every day with ample energy, effort, and focus. My personal goal is to go into every game confident when my number is called, knock down threes, lockdown on defense, give my team energy, and do anything else that I can do to help my team be successful on any given day.”

Lafayette travels to Binghamton tonight for a game at 7 p.m.