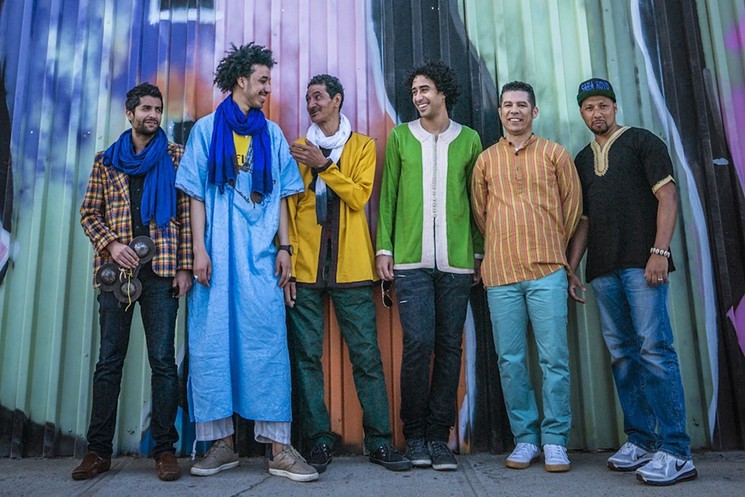 For their international week of education, the International Students Association (ISA) has planned many events to look forward to in the upcoming week beginning with a performance by the Grammy-nominated Moroccan band, Innov Gnawa.

This Sunday, Innov Gnawa will present their show “Transcendence: A Musical Self-Care Journey” in the Marlo Room in Farinon this at 4 p.m. This free-of-charge event will feature performances by both Innov Gnawa and performer David Ellenbogen.

Innov Gnawa is a Grammy-nominated musical collective dedicated to exploring Morocco’s Gnawa music tradition, which originated from slaves and soldiers once brought to Morocco form northern Mali and Mauritania and is often referred to as “the Moroccan Blues,” according to their website.

Meanwhile, Ellenbogen, according to his website, has studied and performed music in over a dozen countries and now is bringing his talents and multicultural perspective to the college.

The International Education Week, according to Victoria Puglia ’21, vice president of the club, is a week “devoted to engaging with international issues and fostering cultural exchange.”

ISA hopes to achieve this through more interactive events beyond typical discussion panels that are often hosted by the college, according to Puglia and Suminini Siyambalapitiya ’21, vice president of the club.

Siyambalapitiya said that this year, ISA hopes that “through incorporating music and art into their events, they can engage with all students and not just students who are already involved with ISA and cultural clubs.”

Puglia and Siyambalapitiya said that ISA is not trying to make their events about culture this week.

“You’ll learn about culture inevitably,” Puglia said, “but that’s not the central focus.”

Siyambakaptiya added that what the club is trying to do is provide “engagement” which will consequently allow people to further their cultural understandings and knowledge.

Last year was the first year that Puglia and Siyambalapitiya planned the International Education Week, which they said was a success.

Tonight, ISA will host with their annual party, When Worlds Collide, at Pfenning Alumni Center at 10 p.m.

Next week, students can also look forward to partaking in the culinary event Sushiton in Farinon between 6 p.m. and 8 p.m. on Tuesday and Jeopardy Game Night in the atrium of Rockwell Integrated Sciences Center at 8 p.m. on Thursday.