Members of the Lafayette basketball community reflect on Kobe Bryant 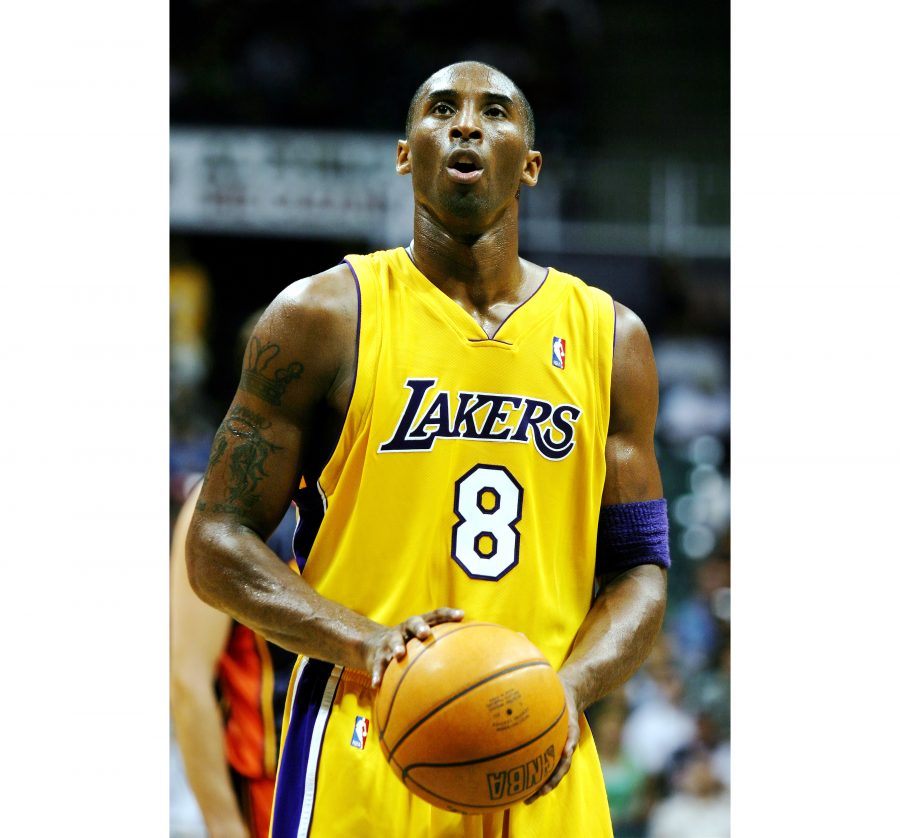 Bryant will be posthumously inducted into the Naismith Memorial Basketball Hall of Fame this August. (Photo courtesy of Wikimedia Commons)

Last Sunday, news of Kobe Bryant’s tragic passing in a helicopter crash stunned people around the world who were inspired by his tenacious approach to basketball and to life. The five-time NBA champion and 18-time All-Star was one of nine who lost their lives in the crash, including his 13-year-old daughter Gianna. Although his life was cut short at 41 years, his career and legacy will live on forever. Below, members of the Lafayette basketball community pay tribute to Kobe’s life.

“Everything about my mentality and work ethic, Kobe helped shape in my life. It’s a big part of my childhood that I lost, but it’s pretty cool to see the inspiration he’s had. If there’s any silver lining with the situation, it’s cool to see that he inspired so many people.” – junior guard Justin Jaworski

“Kobe was a generational talent that not only impacted the game, but the society itself. Even when he was done playing he got the Oscar for ‘Dear Basketball.’ He had his own basketball academy for his daughter and all those girls. You gotta think a guy like that, coming off the earth, you don’t think that’s possible.” – freshman forward Leo O’Boyle

“Although I never saw him in person and never saw him play in person, I’ve never had someone like that affect me. His mentality every day in practice, not just games, working as hard as he can. I know there’s a connection between him and every single basketball player.” – senior forward Lukas Jarrett

“Kobe grew up close to where I was living and coaching. He had such an impact on people. He was a terrific player, made such an impact on the game of basketball. His work ethic was legendary. And it’s just tragic, there’s no other words for it. Not only him, but his daughter and all the people who were involved in that crash. It’s such a loss to the basketball world. I think of him as being indestructible.” – head coach Fran O’Hanlon

“My heart aches when thinking about the passing of Kobe Bryant, his daughter Gianna and the other seven people who lost their lives on Sunday. If you were an athlete in any sport, you had to admire his fierce competitive spirit and insatiable desire to learn more about the game of basketball and his drive to be a winner. As a basketball player and a lifetime fan of the sport, I appreciated his commitment and passion on the court and wanted to emulate his tenacity to be the best. I love that he was a lifetime student of the game of basketball and wanted to share that knowledge with the generations that would come after him. His void will never be replaced.” – Athletic Director Sherryta Freeman

“I just admire his relentless attitude about growth and getting better. It wasn’t just about winning, but I heard something this morning that said that what Kobe cared the most about was outperforming his potential and that’s a totally different mindset…everyone’s talking about the loss and it kind of feels personal, like you knew him…he was a great champion for women’s basketball and his daughter playing as well. When you have one-name status, that’s pretty good. What he stood for will live on.” -head coach Kia Damon-Olson

“I think in a sense, the loss people feel and the void of losing him just goes to show that in a way he was kind of an idol for everyone, especially with his strong promotion of women in basketball, and women in sports in general.” – junior forward Natalie Kucowski

“I admired him, he was a legend. He’s somebody who shows you what confidence does for you.” – junior guard Drew Freeland