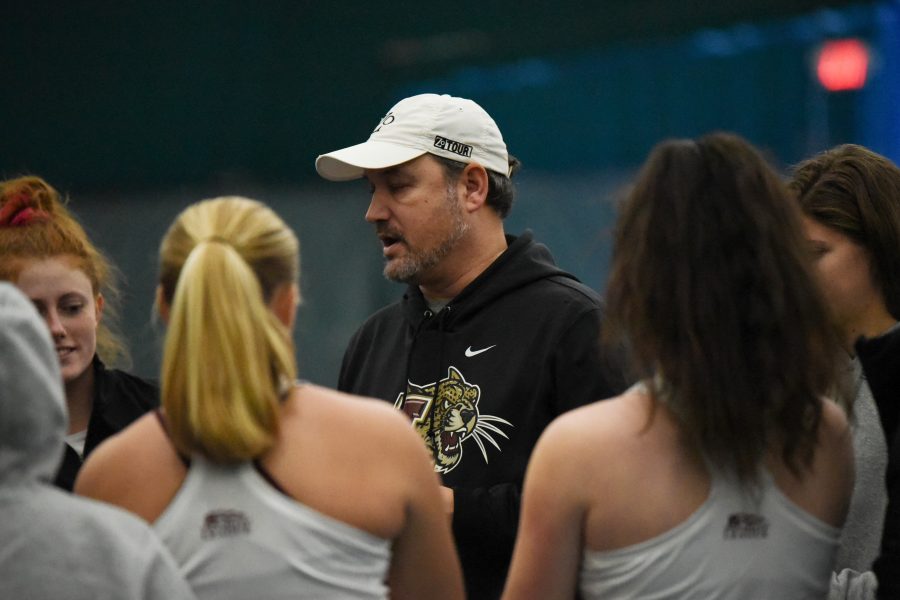 The Lafayette women’s tennis team wasted no time getting back to their winning ways, securing a 4-0 win over Coppin State at home on Sunday to remain undefeated this season.

The men’s tennis team also defeated Coppin State 6-1 to move to 1-2 on the season. The match against the Bald Eagles was both teams’ first since mid-October, and was played in Allentown at an indoor facility.

“We were all really excited, our team has really big upside,” freshman Jessica Siegel said. “We have two really strong captains, who are great leaders and role models. Everyone was so excited for the match.”

For the women, juniors Cecelia Lesnick and Samantha Snyder defeated Coppin State’s No. 1 doubles team by a score of 6-2. Senior Grace Conrad and freshman Melanie Sparhawk won at No. 2 doubles 6-0, while sophomore Maureen McCormack and freshman Alyssa Sarver teamed up at No. 3 doubles and also swept their opponents 6-0.

In the women’s singles matches, Lesnick, Seigel and McCormack won in straight sets, while Sparhawk, Conrad and Snyder either did not finish their singles matches or did not start them because Lafayette had already clinched the win.

On the men’s side, juniors John Yurconic and Dan Kramer defeated Coppin State’s top doubles pair 6-4, while sophomores Will Barry and Ross Coleman won their No. 2 doubles match by an identical 6-4 score. Freshmen Charles Keller and Nash Lovallo played at No. 3 doubles and won by forfeit.

“Anyone one through six can get a win for this team,” freshman Josh Wolfe said. “Everyone here can win and contribute to the team’s success, no matter where they are on the lineup.”

“We rose to the occasion and played with confidence,” Wolfe added. “We are all motivated to keep improving and find ways to grind out more wins this season.”