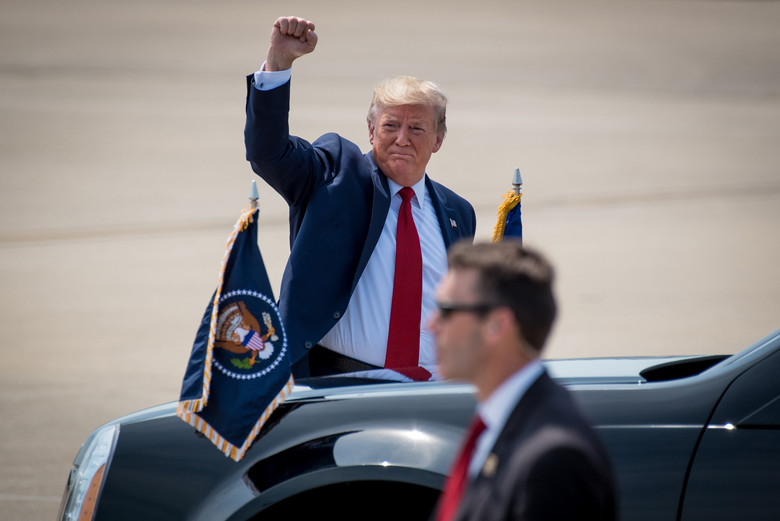 Despite Democrats voting in unity to convict, President Donald Trump was acquitted of his alleged crimes on Wednesday. (Photo courtesy of Dale Greer)

The United States Senate voted to acquit President Donald Trump on Wednesday after more than five months of hearings. The Senate voted almost entirely on party lines, with Democrats voting unanimously to convict.

Trump was charged with abuse of power and obstruction of Congress. All but one Republican voted in favor of acquittal, which many took as a sign of a widening partisan divide both in the Senate and the country at large.

Assistant Professor of Government and Law Andrew Clarke said that the result of the trial did not come as a surprise, particularly after the Senate rejected using more witnesses to testify last week.

“It’s easy to look at the result and say ‘this is always what the outcome was going to be,’ but it’s been a really long sort of build up to this moment,” he said. “After they made the decision not to open up additional subpoenas for documents or witnesses, it was kind of all over, and so the vote today was not a huge shock.”

Jakob Hess ‘21, Vice President of the College Democrats, said that the acquittal was a “blatant example of polarization” and that the nearly unanimous Republican vote spoke to them putting “party over the best interests of the country.”

“I believe that it’s more of an illustration of how polarized we already are, I don’t know how much worse it can get,” he added.

Clarke noted that he was unsurprised that Senator Mitt Romney of Utah was the sole dissenter to the otherwise unanimous Republican vote to acquit.

“I think if there was anyone that was going to defect on the Republican side it was always going to be Mitt Romney,” he said. “They made it pretty clear the last couple of days basically that they were falling into line with the rest of the Republicans.”

With Romney as the only Senator voting across party lines, and Democrats voting in unity, questions of political polarization have become an increasingly important part of the contemporary political narrative. Though the source of the polarization remains up for debate, the stark line between America’s two political parties in the impeachment process highlights this national division.

“We’re still trying to figure out exactly all of the probably many causes that have contributed to partisan polarization in the current era,” Clarke said. “But I think [the impeachment trial] is certainly going to contribute.”

Only two Presidents have ever been impeached before Trump, and both were acquitted in the Senate. This track record, however, is not the only reason that many felt the outcome of the trial was unsurprising. Charles Nutaitis ‘20, President of the College Republicans, said that it was “not a shock to anyone” that the Republican Senate would vote to acquit.

“As far as [the] presidential [election] is concerned, I don’t think this is going to affect it at all,” he added.

In addition to unprecedented partisan division in the acquittal vote, Clarke said the fact that the impeachment trial was held during an election year also makes it historically unique.

“We don’t have historical experience or prior data on a president being impeached in an election year, and even if we did we wouldn’t have enough of it to really know where we’re headed,” he said. “It’s absolutely going to be a part of the [presidential] campaigns.”

Government and Law Professor John Kincaid added that, although the impeachment might not affect the ongoing primary elections, it will certainly play a role in the general election.

“If President Trump gets re-elected, which is certainly possible, maybe even shading towards more likely, depending on your view,” Clarke said, “Is congressional oversight a real credible check on executive power at this point? I don’t know the answer to that.”