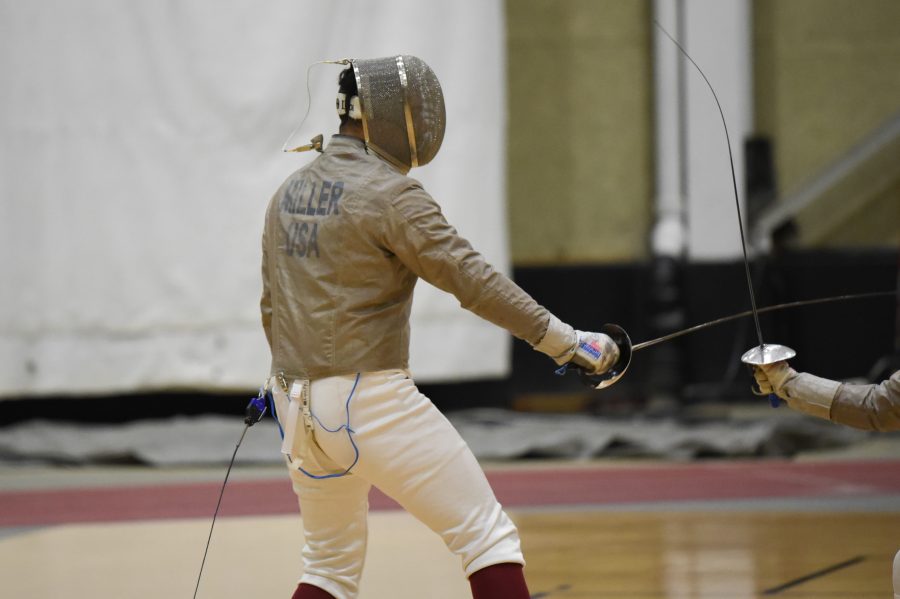 The Lafayette women’s fencing team earned four wins at the Fairleigh Dickinson University (FDU) invitational this past Saturday. On Sunday, both teams traveled to the Johns Hopkins University (JHU) invitational, where the men’s team won twice and the women won once.

Most of the work was done by sabers, where sophomores Carolyn Feigles and Bella Moger had 18 and 17 victories, respectively, while junior Emily Cook won 14.

In Sunday’s invitational, both the men’s and women’s team swept William & Mary, while the men also beat Navy. Six teams competed in the invitational.

For the men, most contributions came from the saber specialists, who picked up four wins. Senior Ian Miller, who recently returned from a shin splints injury, went 12-2 in his bouts.

“[Miller] was coming off an injury, and it was really good to see him be able to fence a lot more than we expected him to,” junior foil Bora Mutis said.

“I think we did really well [but] we would’ve liked to beat a few more schools,” Mutis said.

The women’s team began the day with a resounding 21-6 win over William & Mary. Both the foil and épée teams amassed an 8-1 record against the Griffins.

In saber, Moger and Feigeles contributed with double-digit wins with 13-2 and 12-3 records, respectively. Long led the foil squad with a 10-5 mark. The women’s team almost picked up another win in the last match of the event, but eventually fell to Rutgers 14-13.

“With the season winding down in the next two or three weeks we have been very strong,” head coach Greg Rupp said.

Rupp joined the team in November as the new head coach, but the men’s and women’s teams have only competed together three times since his arrival.

“I didn’t have enough time to see individual styles, so I had to observe closely,” Rupp said. “I look forward to having them for a full year, seeing how they develop…the biggest challenge so far has been familiarity.”

“We’ve done a lot of bonding as a team. [Rupp’s] taught us a lot of things, and we’ve showed him the Lafayette culture that we have here,” Mutis said. “I think he’s fitting really well, and he’s definitely here for the long term and that’s really exciting to hear.”

With the Mid-Atlantic Collegiate Fencing Association (MACFA) championships and NCAA regionals just a few weeks away, Mutis said the team is focused on improvement during the season’s final weeks.

“These are the final weeks that we get to show what we can do and prove that we’re a team to mess with,” he added. “The goal is definitely to medal at MACFA champs and then moving on from there we’ll see what we can do at regionals.”

The team will travel to The College of New Jersey tomorrow for a round-robin tournament in their final matchup before MACFA championships.