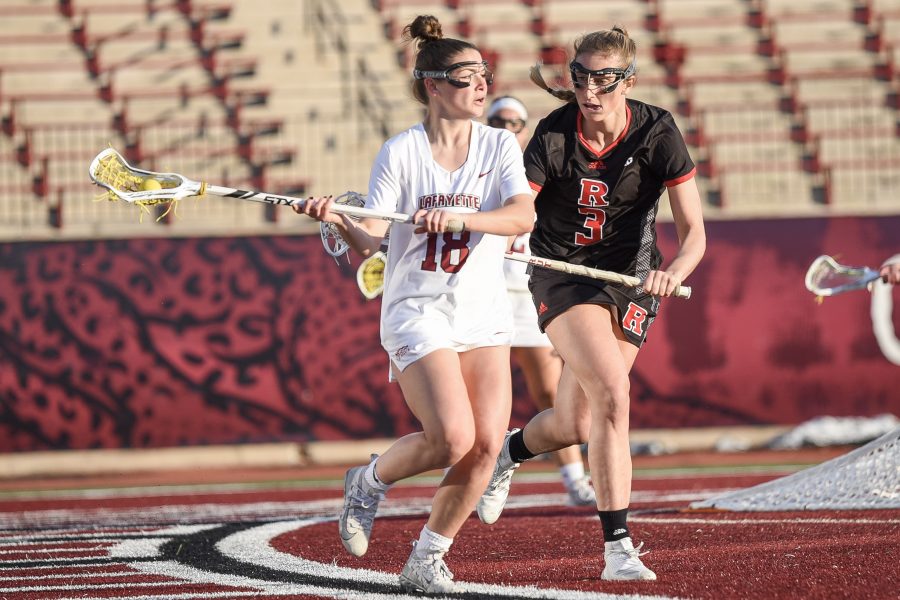 “We’re super excited to see where the team can go, we had a lot of different point scorers, so it was awesome to see so many people really contributed to the game,” sophomore attacker Olivia Cunningham said. “Our team is really focused lately on working as a unit, especially between the offense and defense. Our main focus for our team is to work together.”

“I felt empowered by my teammates,” Cunningham said. “They were a really good support system.”

“It’s a really good start,” O’Brien added. “I think it gives us a lot more confidence leading up to other games.”

Lafayette held an advantage in every statistical category including shots on goal (25-10), turnovers (7-13) and draw controls (18-7).

“I think I’m most proud of how much the girls have bought in so far, their energy, and how much they’re trying to communicate with each other,” McConnell said. “I’m really proud of how much fun we’re having and how much we’re learning. I think we’re creating a really great environment, and it’s really fun to be a part of. It’s a testament to them and how engaged they’ve been.”

Senior co-captain and midfielder Bella Alampi found the back of the net twice and added a team-high five draw controls, while senior midfielder Katie DeMarino, junior attacker Anna Stein and freshman midfielder Katie Chiasson each chipped in a pair of goals.

To top off the scoring, junior midfielder Colleen Bannon and freshmen attackers Meghan McLachlan and Sarah Bennett added a goal each. In addition to a balanced offensive effort, Lafayette was stout on the defensive end in limiting the Jaspers’ scoring opportunities.

“One of my favorite plays of the game was a defensive play where we doubled off the end line,” McConnell said. “It was a play we’ve been practicing, which was great to see come to fruition.”

“I thought [sophomore defender] Tessa Luzi did a really good job on defense,” O’Brien added. “She got player of the game, and the whole time she was very confident and did the little things which made her succeed.”

McConnell continues her first season on College Hill as the reigning Metro Atlantic Athletic Conference (MAAC) coach of the year after leading Manhattan College to a 11-6 record last spring. Despite her success with the Jaspers, McConnell is enjoying her time at Lafayette so far.

“The team has been awesome, they’re definitely the best part about being here,” McConnell said. “They’ve been super welcoming and open to all the new ideas that we’ve had so it’s been great.”

“It’s actually really refreshing,” O’Brien said of having a new head coach. “I think everyone’s having a lot more fun, and when we’re having fun it’s much easier to play together.”

The team returns to action tomorrow for the home opener against Merrimack College at 3 p.m. at Fisher Stadium.