Zete removed from house, awaiting appeal from Board of Trustees 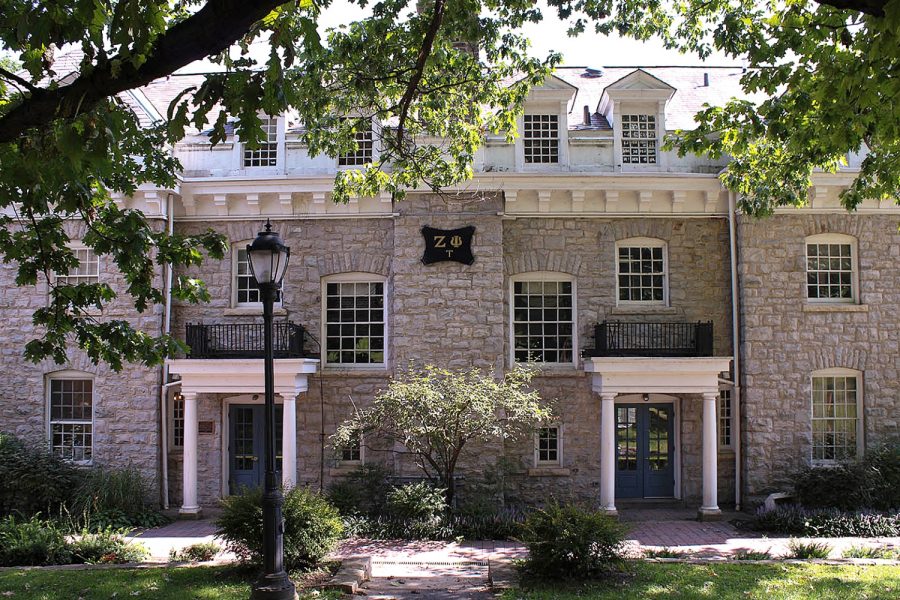 The Zeta Psi house. Members of Zete have been kicked out from their house and are awaiting an appeal decision from the Baord of Trustees.

Members of Zeta Psi have been removed from their house due to a decision made by the college and the alumni association, according to a college official.

Zete members looked for other spaces to live at the end of last year during the housing lottery, following a decision made by the Zeta Psi Housing Corporation working with the college and Vice President for Campus Life Annette Diorio to remove them from the house. Zete also cannot recruit new members this year, according to Diorio.

The decision was made in light of a conduct case involving Zete that has been in appeal since last year, Diorio said. An appeal is now being considered by the Board of Trustees, the highest level in the appeal process. Details on the conduct case and when the appeal will be decided are currently unclear.

“At the time when we were holding the lottery last year there was still an appeal going on and we didn’t know what was going to happen so we didn’t want to have people move in to the facility if they might not be able to stay there,” Diorio said.

In April 2013, Student Conduct Committee developed a plan with members of Zete agreeing to put them probation until 2015, according to Diorio. There were a number of sanctions placed on the fraternity, including that they cannot have alcohol at on- or off-campus events and must work with officials on- and off-campus to improve the organization.

During the beginning of last school year, there were “alleged violations of policy,” according to Diorio, leading to another hearing and the appeals.

An official in the Tau Chapter Association of Zete, Kevin Canavan ’76, declined comment on the appeal.