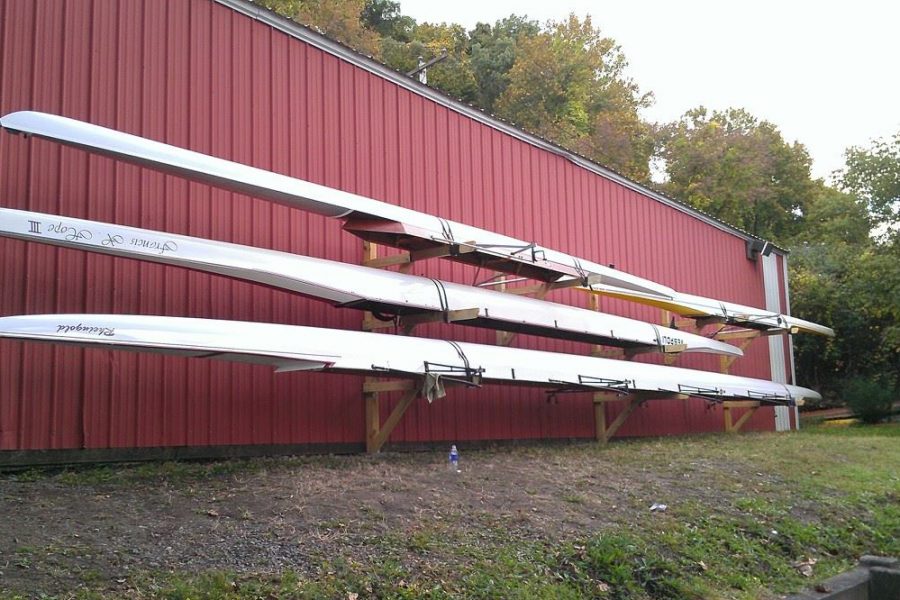 Aubrey Baumbach was hit as she was walking from the Lafayette Crew boathouse, pictured left, along Lehigh Drive to lot where one of her teammates was parked.

The family of a former member of the crew team filed suit against the college and coaches of the team for unspecified damages in connection with the hit and run accident that nearly claimed her life.

It may be some time before the suit goes to trial.

Baumbach’s incident was not the first serious accident on that stretch of Lehigh Drive, the suit alleged. In August 2013, a 35-year-old Easton pedestrian was struck and killed there by a drunk driver, according to local press reports.

“This was a very dangerous situation and to have students running and walking along this road really was an accident waiting to happen,” one of the Baumbach’s attorneys, Dominic Guerrini, said. “In light of the prior accident that occurred on this very stretch of road that they would’ve noticed that they needed to better protect these crew team members.”

Wilson David Kneebone, the person accused of hitting Baumbach, pled guilty on July 11 to charges of aggravated assault by vehicle and driving with a suspended license. His plea was part of a bargain in which two other charges against him were dropped, according to court records.

The hit and run happened in November of last year. Kneebone hit Baumbach on Lehigh Drive while she was walking back from crew practice at dusk with other members of the crew team, according to court records.

Baumbach was thrown into the air by the force of impact and slammed down onto the pavement, breaking her back and fracturing her skull. Her other injuries included severe brain trauma and a collapsed lung. Baumbach also suffers from ongoing infections, according to the lawsuit, which was filed in Lehigh County.

Baumbach was driven to crew practice by another member of the team, who parked at a lot down the road from where the boathouse is located along Lehigh Drive. She was hit while walking back to the lot after practice.