Injuries proving trouble for the Leopards 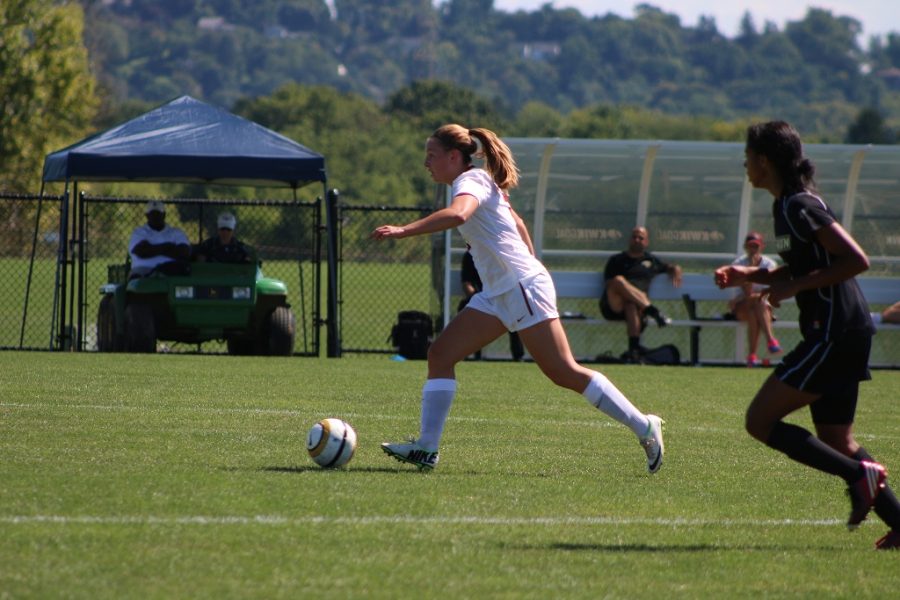 Women’s soccer drives the ball up field during a match against Binghamton University last season.

Photos by  Austin Drucker ‘17 and courtesy of Athletic Communications

Women’s soccer’s hot-streak has gone cold, with the team losing their last three games in a row, only scoring one goal in all three of those games, and bringing their record down to 2-3. However, it’s hard to score when your entire forward line is injured. Senior Jaclyn Giordano, senior Alyssa Finelli, sophomore Kaelin King and sophomore Joanna Scotti have all sustained injuries. With hardly anyone on the line, the Leopards have struggled.

“Forward is a very specific position so it’s not easy for someone to just go right into it and know all the right things to do,” Giordano said.

The squad’s lineup consists of one high forward, making it hard for any inexperienced player to know exactly what to do, especially with no other teammate in the same position on the field to offer guidance. Players in other areas of the field have tried to step up, sophomore midfielder Melissa Lynskey netted a goal this weekend with an assist from Scotti who was finally seeing some minutes after coming back from an injury.

Senior defender and co-captain Alex Reisinger is finally starting back on the field after suffering an ACL tear early in the 2013 season.

“It’s hard for the defense to have a target player to send the ball to when the forward doesn’t check in when you don’t have that person on top showing for the ball,” Reisinger said.

The team also faces problems when their attacking shape becomes disfigured when the inexperienced forward drops in, instead of staying high and central like Finelli and Giordano typically do. A high attacking forward gives the outside midfielders room to gain ground and beat opposing forwards.

The team’s confidence has clearly been compromised, last Friday’s 1-0 loss to Manhattan was their first game with absolutely none of the regulars up top.

“This Friday…at least puts a little bit more confidence in us to know there’s a forward up there who usually plays the position,” Giordano said. This will be Giordano’s first time playing in a game all season; she was only able to make it through two preseason scrimmages until she sustained an injury to her shins. The women will take on UMass Lowell this Friday at home.