‘Lasting division and distrust’: speakers discuss Ukraine in the past and present moment 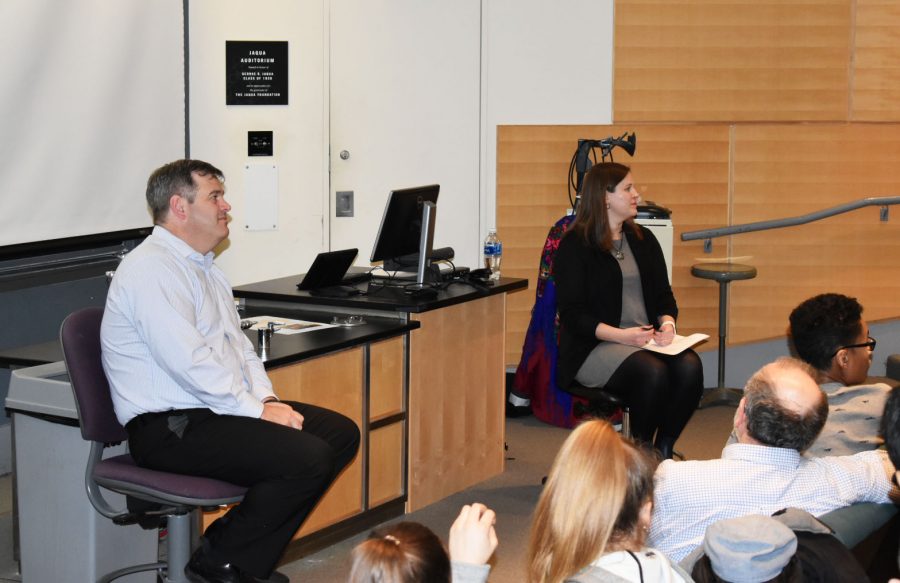 Ukraine has a long and complex history that is still relevant to understanding its political standing today.

The college hosted a talk titled “Can You Find Ukraine on a Map?” this past Tuesday, which reflected upon the past, present and future of the country. The talk provided students with context for understanding Ukraine’s appearances in the news about Trump’s impeachment trial and the complexity of the country itself.

History professor Joshua Sanborn started off the talk with a brief historical overview of Ukraine. He explained that since the 1660s, Ukraine has had a long history of different occupations, taking over from empires and countries surrounding it.

Sanborn explained that Ukraine experienced a brief period of independence until German occupation. Following the loss of Germany in World War II, a Civil War took place and the Ukraine was reincorporated into the Soviet Union due to the country’s large land mass and economic significance.

Following this presentation on the history of Ukraine, Dr. Emily Channel-Justice, the director of the Temerty Contemporary Ukraine Program at Harvard University, described the recent political climate in Ukraine which demonstrated the lasting effects of the country’s unstable past.

Channel-Justice explained that Ukraine attempted to seek help from NATO and the EU, and many people hoped for membership in the EU. However, an issue of corruption prevented their admission into these organizations.

Because Ukraine was occupied by so many different forces, Channel-Justice explained that this created lasting division and distrust within the nation itself. While Ukraine is no longer under occupation by fascist rulers, their leading politicians continue to sympathize with Putin and take bribes from him instead of continuing to look after their citizens.

“Ukraine is trying to bust onto the world stage but they also are having trouble getting out of their old influences,” Ethan Scott ’23 commented after the talk.