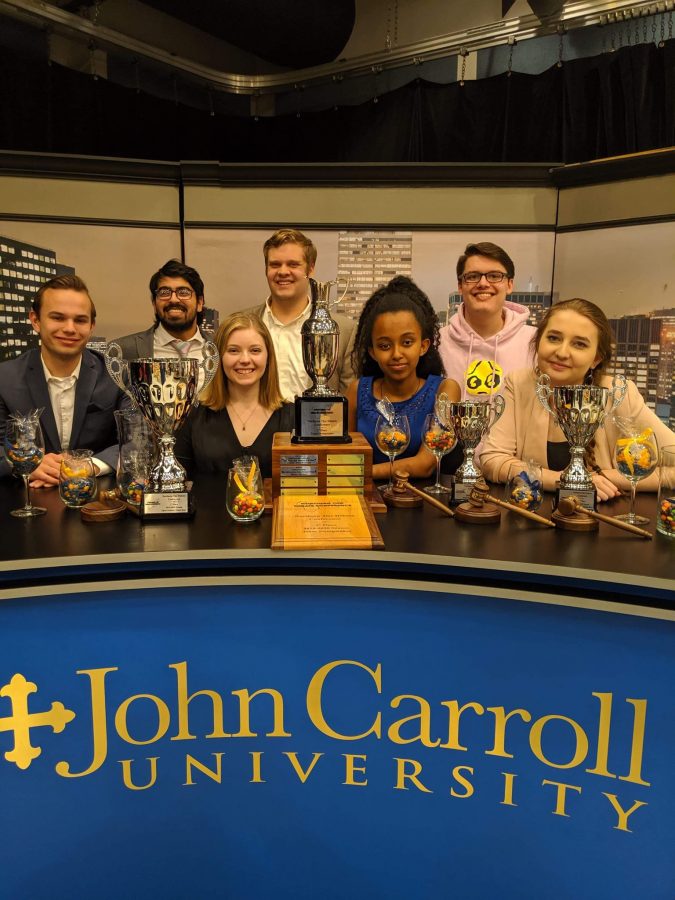 For the second year in a row, the Lafayette forensics (speech and debate) team has taken home the grand championship at the Northern Tier Debate Conference (NTDC). This was the third year of the conference, which was started by Lafayette’s assistant director of forensics activities and head debate coach John Boyer.

Not only was Lafayette victorious in winning the team championship for the second time, but also earned the number one ranked overall speaker. Christopher Mayer ‘20, vice president of the forensics society, was the first ever Lafayette student to achieve this title.

“[Mayer] has consistently put his teammates first in order to act as a mentor and student-coach for the last three years. He deserves this honor in recognition of his talent and service to the team,” Boyer said.

The debate team’s win came on the heels of a Pennsylvania state championship for the forensics team in February. The team earned 385.5 points, with the second place team scoring just 151.

The NTDC is a series of tournaments throughout the fall and beginning of the spring semester, according to president of the Forensics Society Scott Kamen. There are 10 schools in the conference, including Penn State University and Ithaca College.

Boyer explained that throughout the seven total tournaments over the year, the best five scores are used to determine the conference championship. With consistently high markings, Lafayette managed to edge out Penn State University, who placed second this year and last.

“The 2019/2020 NDTC season has been so special because we had 5 new first-year students with different levels of experience,” Mengistu said. “Each member contributed to our individual and team successes throughout the conference.”

“I am optimistic about the future of our team,” she added.

Montufar, who is a first year debater, earned second place as novice speaker at the conference.

“It’s genuinely one of the best communities I’ve ever been a part of,” she said. “As a first year, it’s really cool to go up against a senior, they are so welcoming.”

Lafayette’s victory at the conference, according to team members, can be attributed largely to rigorous preparation and weeks of hard work.

“We have weekly meetings, practice debates, assigned articles and a lot of speed drills,” said Montufar.

In anticipation for next season, Boyer said “the future is also bright.”

“Lafayette’s four new debaters all had excellent seasons, led by [Montufar] and Andrea Rivera,” he added.