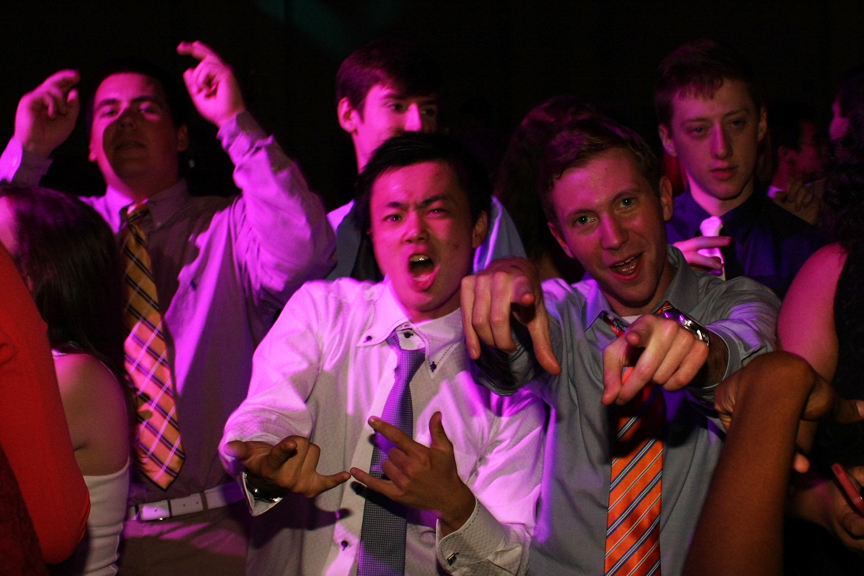 The college chooses to move 1,000 Nights off-campus for the first time.

This year was the first year the college chose to have the 1,000 Nights dance held off-campus last Friday in an effort to create a more unified freshmen class, according to Director of Student Involvement Kristin Cothran.

The event’s changes were organized by the new Connected Communities Program, which was “designed to help build class identity and overall college affinity by adapting some of the programming already available to first-years and adding new programs to reach these goals and others,” Connected Communities Fellow Lauren Berry said.

After a poor attendance at last spring’s 100 Nights Dance a survey was conducted to ask seniors what discouraged them from going to the event. Overwhelmingly, seniors responded by saying they had a dislike of dancing and dances as their reason for not attending the event, according to Cothran.

This response caused lead organizers of the 1,000 Nights Dance, like Cothran, to question how to please First Years who want to be a part of their class but do not want to dance.

Changing the venue of 1,000 Nights “wasn’t the main objective, it was about figuring out how to create an experience and make sure that the tradition is an opportunity that everyone in the class can participate in,” Cothran said.

1,000 Nights expanded its entertainment options from solely having a DJ to including performances by a mentalist, a photo booth and karaoke. With these new offerings, plus increased size of the freshman class, Marquis was not a large enough space, according to Cothran.

1,000 Nights was held at the Historic Hotel Bethlehem. It was selected for its greater proximity to campus and the opportunity it provided to further introduce First Years to the Lehigh Valley, Cothran said. After making the decision to move the event off campus many different types of venues were considered such as the Camden Aquarium and the Natural Museum of History in Philadelphia.

There was hope that holding the event at this new location would “help students connect with another city in the Lehigh Valley and to encourage them to explore and revisit the location throughout their first year and all four years,” Berry said.

No decision has been made about the venue of the upcoming 100 Nights event this spring.